Customizing your Background and Intro

Clicking  Create Your Group Video will open a dialog that lets you customize the Group Video, step-by-step. 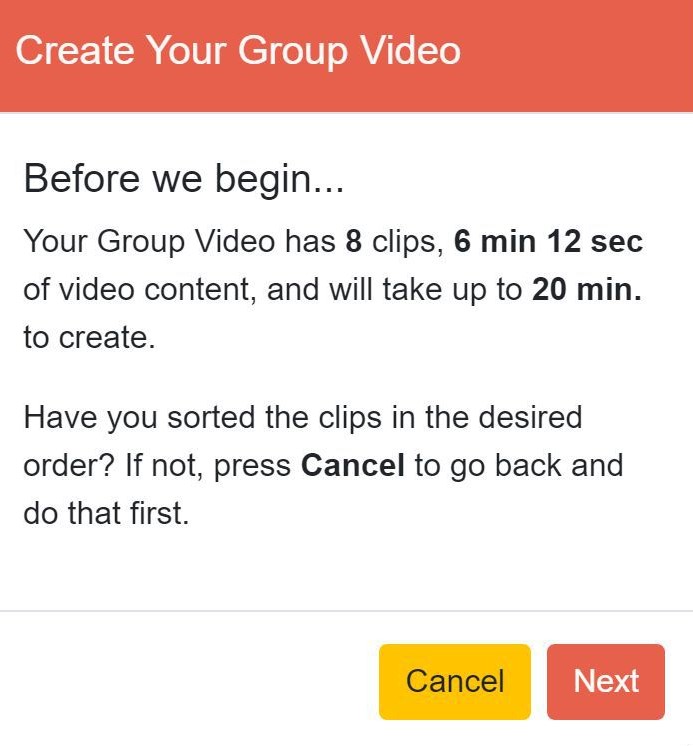 The first step allows you to customize the intro (the short lead-in that appears at the start of the video), as well as the colorful background for the Group Video. 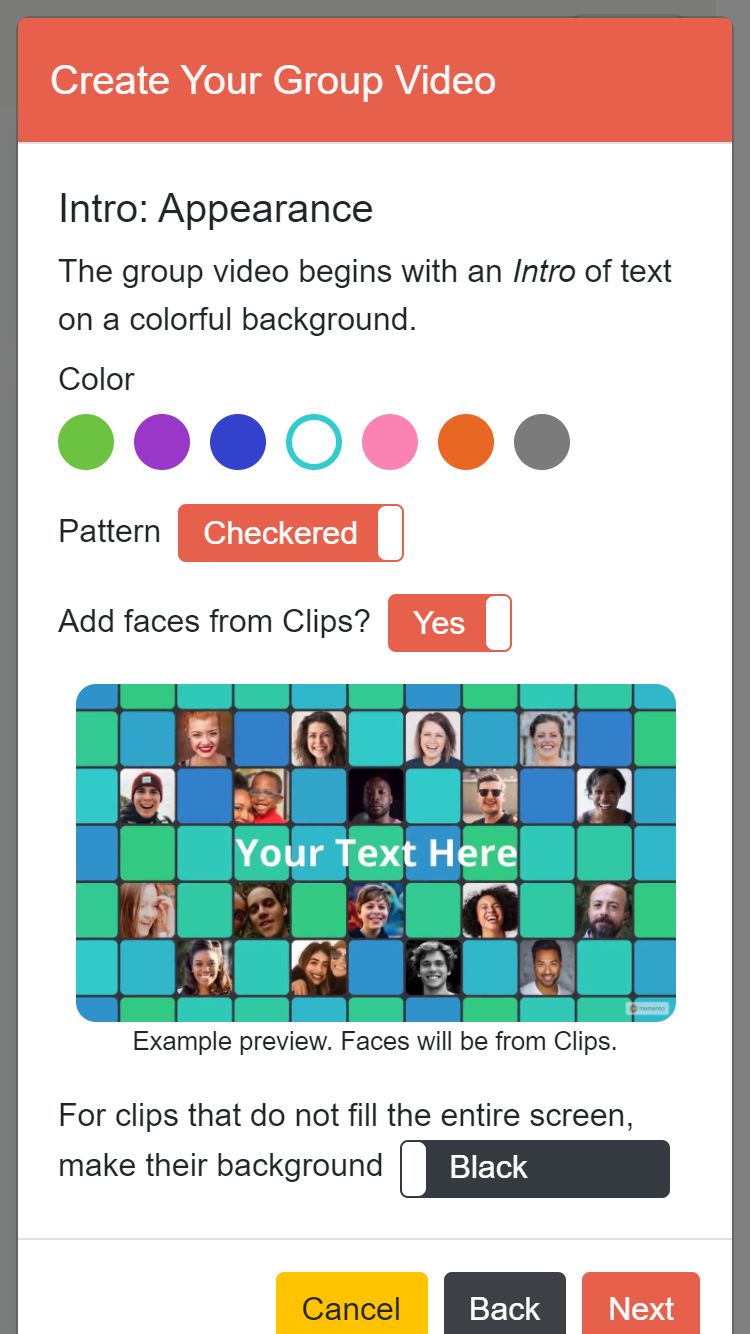 First, pick the theme color from the available selections. The background will be a either solid or checkered pattern based on that color.

Next, decide whether you want faces from people in the video to appear during the intro (and optional outro). You can see an example. It can be a fun way to start the video; however, if you want to keep all of the faces a surprise until they appear later on in the video, you can set  Add faces from Clips? to No.

Note: Face detection is done automatically and while it works in most cases, it's not perfect. Unfortunately, the face collage cannot be customized.

Next, you will choose whether you would like any part of the screen that is not covered by a Video Clip (for example, a portrait-orientation video from a phone) to be the same color(s) as the intro or solid black.

Lastly, enter between 1 and 3 lines of text to show during the Intro. The text will appear, line by line, with each line replacing the previous one, in an animation. The length of the text is limited by the width of the video. It should only contain regular text and not emojis, non-roman alphabets, or other special graphics. When you're satisfied with your Intro choices, press Next.

Want to learn more about Memento? Please visit our website at memento.com